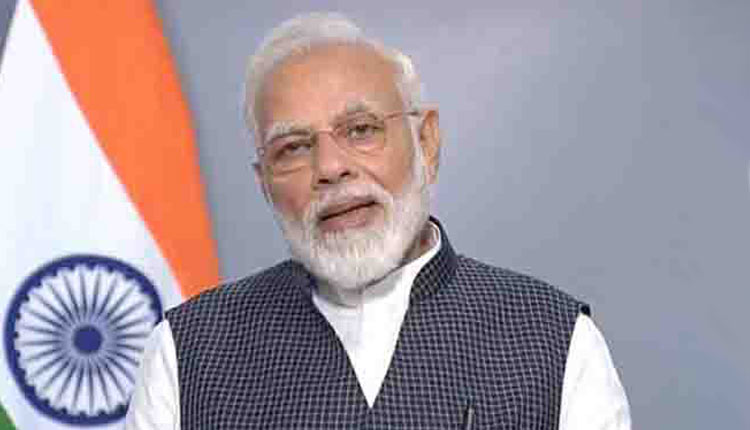 Lucknow: The ‘Bhumi Pujan’ for the proposed Ram temple in Ayodhya will start at 12.30 pm on Wednesday with Prime Minister Narendra Modi performing the ‘Shila Pujan’, ‘Bhumi Pujan’ and ‘Karma Shila Pujan’.

In response to an official assertion, the principle ‘puja’ will likely be held between 12.44 p.m. and 12.45 p.m. through the 32-second ‘Abhijit Muhurat’. It’s the similar ‘muhurat’ or auspicious second when Lord Ram was believed to have been born.

The Prime Minister will lay a 40-kg silver brick to symbolise the beginning of building of the temple that’s on the core of the ruling BJP’s ideology and ballot guarantees. A marketing campaign for the temple marked the rise of the occasion to the nationwide highlight within the 1990s.

Modi is prone to spend round three hours in Ayodhya on Wednesday.

He’ll arrive from Delhi at Lucknow airport at 10.35 am and instantly depart for Ayodhya by a helicopter. The Prime Minister will arrive in Ayodhya at 11.30 am on the Saket Mahavidyalaya the place his chopper will land.

The Prime Minister will plant a ‘Parijat’ sapling at 12.10 p.m within the temple complicated after which proceed for the Bhumi Pujan ceremony.

After the ceremony which is able to finish at 12.45.p.m, the Prime Minister will tackle the saints for about an hour after which he’ll fly again to Lucknow round 2 pm after which return to Delhi.

Ayodhya DM Fingers Over Masjid Land To Sunni Waqf Board

Centre To Buy Aircraft Worth Rs 250 Cr For Weather Forecast