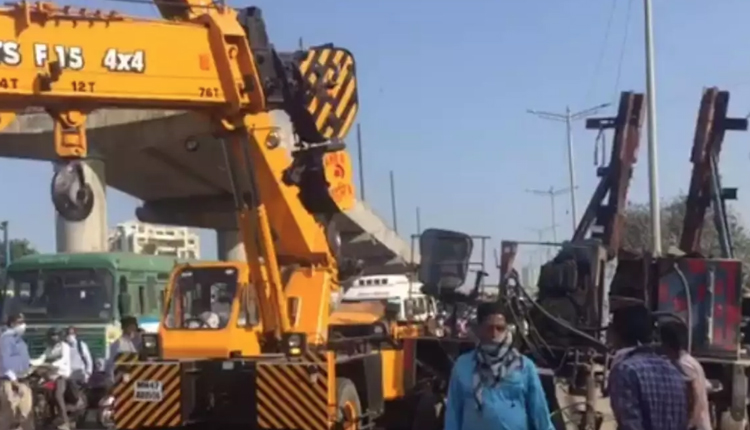 Mumbai: A girl was killed and two others have been injured when part of a crane collapsed on them after it by accident hit a Metro rail pillar in suburban Andheri right here, police stated.

The incident occurred within the early hours close to Gundavali bus cease on Western Specific Freeway, an official stated.

“The driver of the crane lost control over it when it was going towards Bandra from Jogeshwari. The vehicle collided with a Metro rail pillar,” he stated.

“A woman, who was waiting at the bus stop, died on the spot after some part of the crane collapsed on her. Two others sustained injuries and were rushed to a hospital,” he stated.

Driver of the crane fled from the spot after the accident, the official stated.