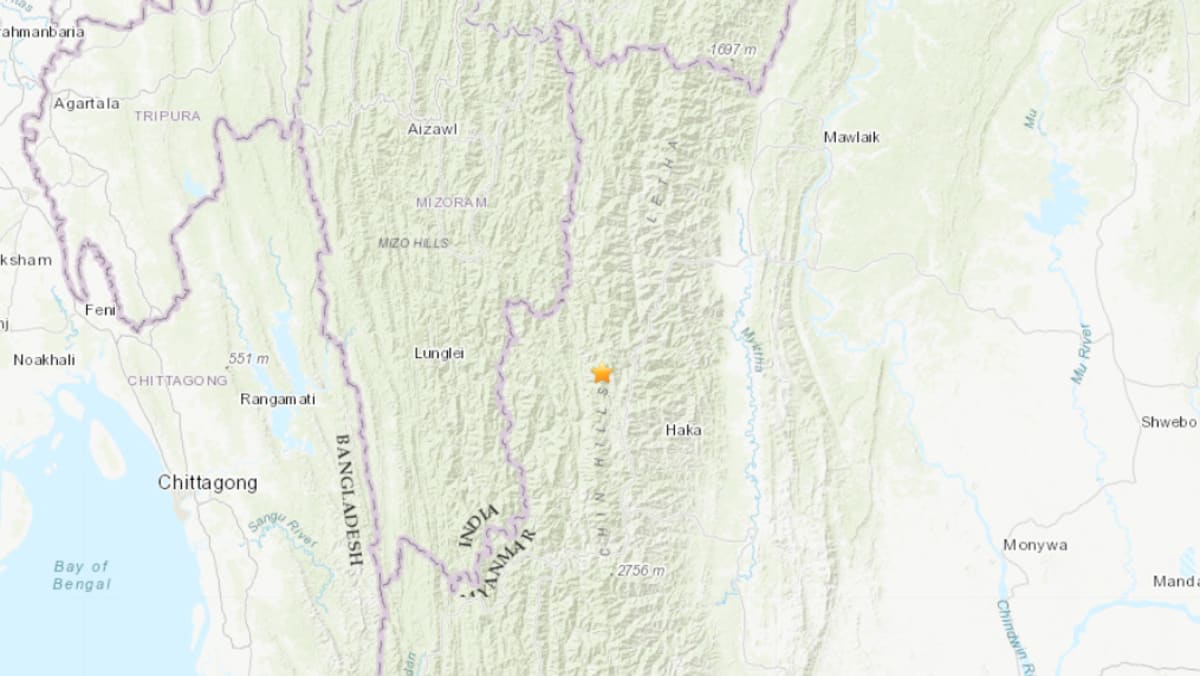 A shallow and powerful earthquake of magnitude 6.1 struck the Myanmar-India border area early on Friday (Nov 26), however there have been no quick reviews of harm.

In response to India’s Nationwide Heart for Seismology, the quake was at a depth of 12km, and was about 140km away of Aizawl in north-eastern India.

It was felt in Chittagong in Bangladesh and as distant because the east Indian metropolis of Kolkata, about 450km from Aizawl, in response to witness accounts posted on European-Mediterranean Seismological Centre’s (EMSC) web site and by customers on Twitter.

“Very sturdy,” one such witness posted on EMSC from Chittagong, which is about 184km west of the quake’s epicentre.

Tremors had been felt throughout states in north-eastern India and main cities in Bangladesh, in response to EMSC and India’s earthquake monitoring company.

EMSC pegged the temblor’s magnitude at 5.8, after having earlier given it a magnitude of 6.0.

Protest in opposition to COVID-19 restrictions turns violent in Brussels

Germany plans to make COVID-19 vaccination obligatory for some jobs

Bob Dole was a WWII hero and carried his…