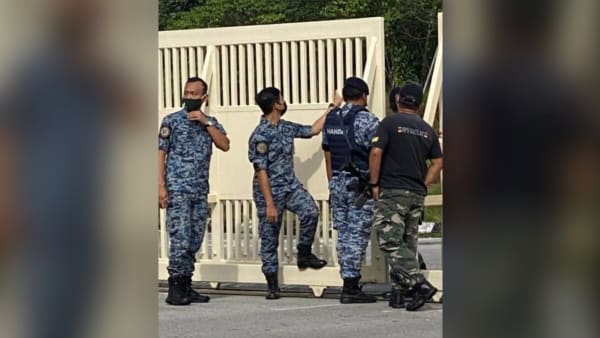 KUALA LUMPUR: A Malaysian serviceman shot lifeless three fellow air drive personnel at a army base at Kota Samarahan on Friday (Aug 13) earlier than killing himself, police mentioned, a uncommon case of gun violence within the Southeast Asian nation.

He opened fireplace at round 7.30am at a guard publish on the air drive base in Sarawak state, on the Malaysian a part of Borneo island, they mentioned.

Two males died on the scene whereas the third managed to drive to a well being clinic after being shot, however succumbed to his accidents. After taking pictures his colleagues, the serviceman turned the gun on himself.

All of them have been on responsibility on the time of the incident.

Samarahan police chief Sudirman Kram mentioned an preliminary investigation discovered that the suspect had gone on a rampage and entered the guard station on the Handau Squadron 330 camp and took the firearms that have been there.

There have been a number of different air drive personnel on the guard station at the moment, he mentioned.

“The suspect had even requested them whether or not they need to dwell or die. Sharif tried to calm him down however he fired a shot that hit Sharif within the abdomen, prompting the others to run for security,” he mentioned in a press release.

“We’re shocked and horrified by the taking pictures,” Sarawak police chief Aidi Ismail advised AFP. “Malaysia is a peaceable nation, we by no means anticipated such an incident.”

Police and the air drive are investigating the serviceman’s motives, that are at present unknown.

Deadly shootings are uncommon within the nation of 32 million as a consequence of strict gun possession legal guidelines.

The Royal Malaysian Air Drive earlier urged all quarters to not speculate till the police concluded their investigations, and mentioned that they might arrange an investigation board to establish the reason for the incident.

China rejects want for additional WHO probe into COVID-19 origins

South Korea violated the rights of…

What to do for those who get Monkeypox:…